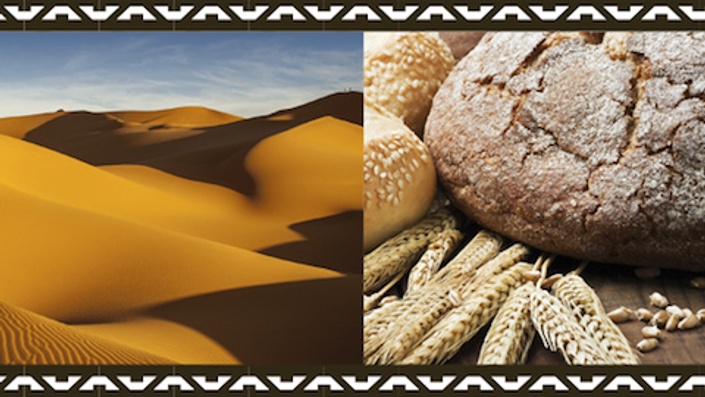 The God We Can Know

Exploring the 'I Am' Sayings of Jesus

God wants to be known!

The Gospel of John records several declarations by Jesus known as "I Am" sayings. With each statement, Jesus uses vivid images to capture our imagination, revealing more about his identity and purpose.

In this 7-week eCourse, we'll explore along with author Rob Fuquay what Jesus meant when he said, "I Am...the Bread of Life; the Light of the World; the Good Shepherd; the True Vine; the Way, the Truth, and the Life; the Resurrection and the Life."

Videos of Rob's teaching in the Holy Land will capture your imagination. Readings that offer deeper insight into each week's topic will give you food for thought. Opportunities to discuss with others what you are learning will enrich your experience.

Private eCourse classrooms with group rates are available upon request. If you are interested, email us at [email protected].

To purchase a print version of The God We Can Know, visit The Upper Room online store.

Interested in online learning options based on your favorite Upper Room books? Look for this graphic and click it to learn more as you explore The Upper Room online store.

Rev. Rob Fuquay, author of The God We Can Know, is senior pastor at St. Luke’s United Methodist Church in Indianapolis, one of the largest churches in the denomination. A native of Winston-Salem, North Carolina, he has worked in churches since his freshman year in college. After seminary Rob served a church in Bristol, England, for one year and then pastored several churches, both large and small, in North Carolina.

Rob says, “As I study Jesus, I see someone who sought to show grace to all people. I want to be a part of a church that models that [understanding of grace] … a church that cares about reaching beyond its own community and impacting the world with hope.” As part of his work on The God We Can Know, a 7-week churchwide study of the “I Am” sayings of Jesus, Rob traveled to the Holy Land and was filmed in the places where Jesus made several of his “I Am” declarations.

Rob holds a Master of Divinity from Candler School of Theology (Emory University) and a BA in Religion from Pfeiffer University. He and his wife, Susan, have three daughters – Julie, Sarah, and Anna. Rob loves the outdoors, particularly hiking and mountain climbing

When does the eCourse start and finish?
The eCourse starts when you are ready to begin and will remain open indefinitely. It’s self-paced, so you can decide when to start and when to finish.
How long do I have access to the eCourse?
How does lifetime access sound? After enrolling, you have unlimited access to this eCourse for as long as you like—across any and all devices you own. We’ll give you plenty of notice should we need to close the eCourse.
What if I am unhappy with the eCourse?
We would never want you to be unhappy! If you are unsatisfied with your purchase, contact us within the first 30 days and we will give you a full refund.
Who sponsors these eCourses?
This eCourse is brought to you by The Upper Room.
off original price!